Rejection - The Parable of the Prodigal Son 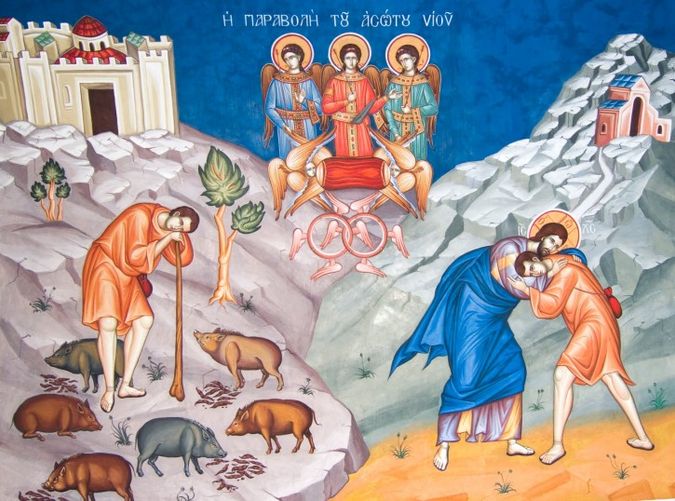 Have you ever been rejected? Of course, you have. We all have. Strangely, we remember those times very clearly because of the pain we felt. Have you ever experienced rejection by a mother, father, or child? The pain pierces deeply into our spirits. That kind of pain is difficult to forgive. Parents and children possess a profound bond, which when injured or severed, affects our whole being. I am always so saddened, when I hear about children who are abused, neglected, or abandoned. I become so heartbroken, when I hear about children who have murdered their parents or parents who have murdered their children. The news is filled with stories of broken relationships that have resulted in violence. These are evils, which I have difficulty comprehending.

God, our Father, has been rejected throughout the ages. At one time or another, we have all turned away from God. Yet, no matter how often we have rejected Him, He is always willing to welcome us back into His arms. God is always grieved when we sin, when we reject Him. He grieves for our souls, for our well-being. He grieves because He wishes only blessings on us, not the consequences of the sins we have brought upon ourselves. God’s will is to love us and for us to love Him. His will is that we develop a loving relationship with Him. He desires to shower blessings on us.

This Sunday we celebrate the parable of the Prodigal Son. Christ tells the parable of the prodigal son, who asked his father for his inheritance, so he can go out into the world on his own. His father had not even died yet! The loss of his son, especially under these circumstances, must have been very painful for him. The prodigal son took his inheritance and traveled to a distant country, spending his fortune on “riotous living” (Luke 15:13 KJV). When he spent everything he had, a severe famine struck the land, so he began to work for a man, feeding the pigs. He was so hungry, that he would have gladly eaten the insects and worms fed to the pigs, but no one gave him anything. “But when he came to himself he said, ‘How many of my father’s hired hands have bread enough and to spare, but here I am dying of hunger! I will get up and go to my father, and I will say to him, “Father, I have sinned against heaven and before you; I am no longer worthy to be called your son; treat me like one of your hired hands”’ (Luke 15:17-19). The son came to his senses and repented, realizing what he had lost, so he decided to humble himself and return to his father. This would have been very difficult for the son, because he would have to set aside his pride and admit that he was wrong and needed his father.

Christ goes on to describe the father’s response. When the boy’s father saw him from a distance, he ran to him and put his arms around him and kissed him, even before the son could ask for forgiveness. Then “the father said to his slaves, ‘Quickly, bring out a robe—the best one—and put it on him; put a ring on his finger and sandals on his feet. And get the fatted calf and kill it, and let us eat and celebrate; for this son of mine was dead and is alive again; he was lost and is found!’ And they began to celebrate” (Luke 15:22-24). Can you imagine the father’s joy? His son returned to him! He harbors no resentment, no pain for the suffering he experienced at the loss of his son all those years. Out of pure love, He welcomes his estranged son and celebrates his return. This is our God. This is the degree of love and mercy our Father has for us! No matter how often we stray, He loves us and rejoices at our homecoming. However, we must also take note that the son returned in humility, repentant of his ways. We must experience a sincere repentance for rejecting the love of God and for sinning against Him.

Christ’s story of the prodigal son does not end there. This part of the story shows the depth of God’s mercy and love, but the rest of the story also describes the response of God’s chosen people, the Israelites. The father in the parable had an older son, who had remained with his father. When the elder son heard the joyful noise of celebration for the return of his brother, he became angry and refused to attend the festivities. His father came out and pleaded with his son, but He told his father “Listen! For all these years I have been working like a slave for you, and I have never disobeyed your command; yet you have never given me even a young goat so that I might celebrate with my friends.  But when this son of yours came back, who has devoured your property with prostitutes, you killed the fatted calf for him!” Luke 15:29-30). When Christ’s message began to spread among the Gentiles, many Jews became angry and rejected Jesus. Their hearts became hardened to the newly converted Christians, and they refused to join the celebration.

Paul expressed the anguish he felt for his kinsmen, “I have great sorrow and unceasing anguish in my heart. For I could wish that I myself were accursed and cut off from Christ for the sake of my own people” (Romans 9:2-3). His compassion was so fervent that he was willing to accept eternal damnation in hell, if his people could be saved. This is the same anguish that Christ felt when he cried out, “Jerusalem, Jerusalem, the city that kills the prophets and stones those who are sent to it! How often have I desired to gather your children together as a hen gathers her brood under her wings, and you were not willing!” (Matthew 23:37). Christ willingly died on the cross for all his people, Jews and Gentiles, for every human being He ever created.

God’s love for us is infinite. No matter what we do, He loves us and is willing to have mercy on any who choose to return to Him. He knocks on the door of our hearts, but it is up to us to open the door. He will not force us to love Him. We can always refuse to love God. We can always reject the gift of love Christ offers us from the cross. Jesus, the Son of God, pure and without sin died an atrocious death like a criminal for the sins we committed. God does not decide who goes to heaven and who goes to hell. We make our own decisions. We can choose to enter His loving grace, or we can turn our backs and walk away. However, this decision has eternal consequences.